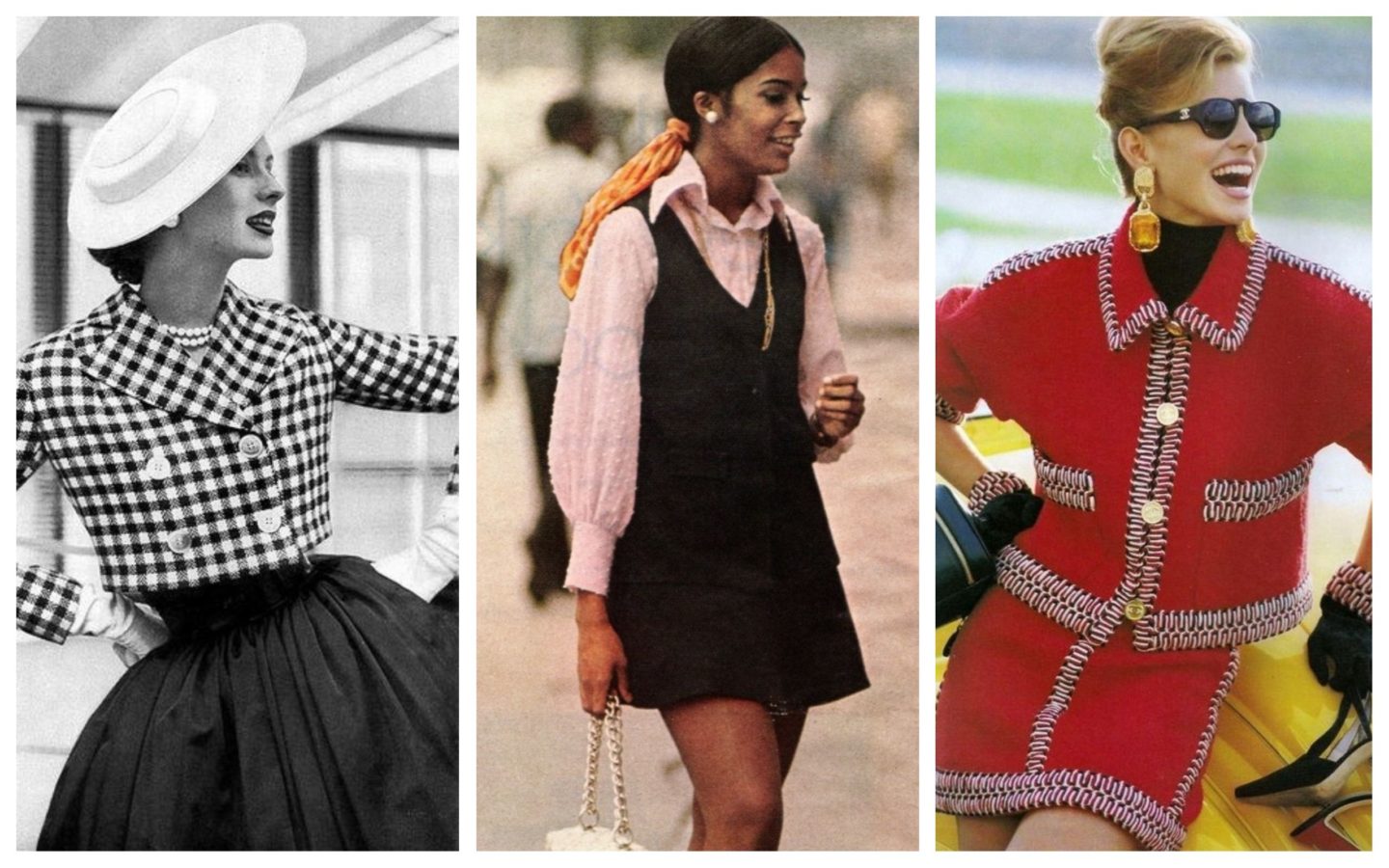 In fashion everything gets recycled. The trends we wear in 2018 have been pulled from previous generations and modified to fit what the public believes is a modern look. Here is your comprehensive guide of each trend to hit the market since the 1920s, and how they have come back, one way or another. 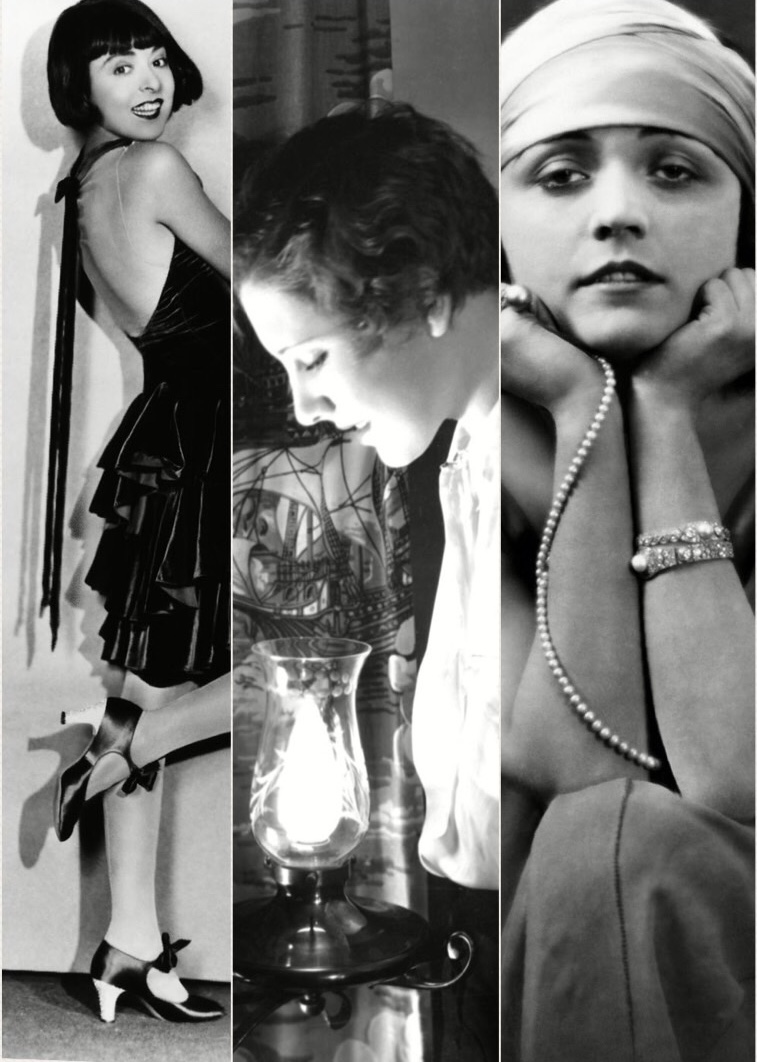 Contrary to popular belief, there is more to the 1920s than what you saw in “The Great Gatsby” when it hit theaters. If you are anything like me, your attention was fashion, and Leonardo Dicaprio, but mostly the fashion. Daring short hemlines challenged current social standards about modesty,  and beaded “flapper” dresses became every woman’s dream. Exposed stocking that fell below the knee were common accomplices to the new short dresses, and it was all topped off with the iconic 20s hairstyle—the bob. Cuts were left close to the head and curly, making it the perfect plane for the headbands and cloche hats that ruled supreme in the accessories department during this time. 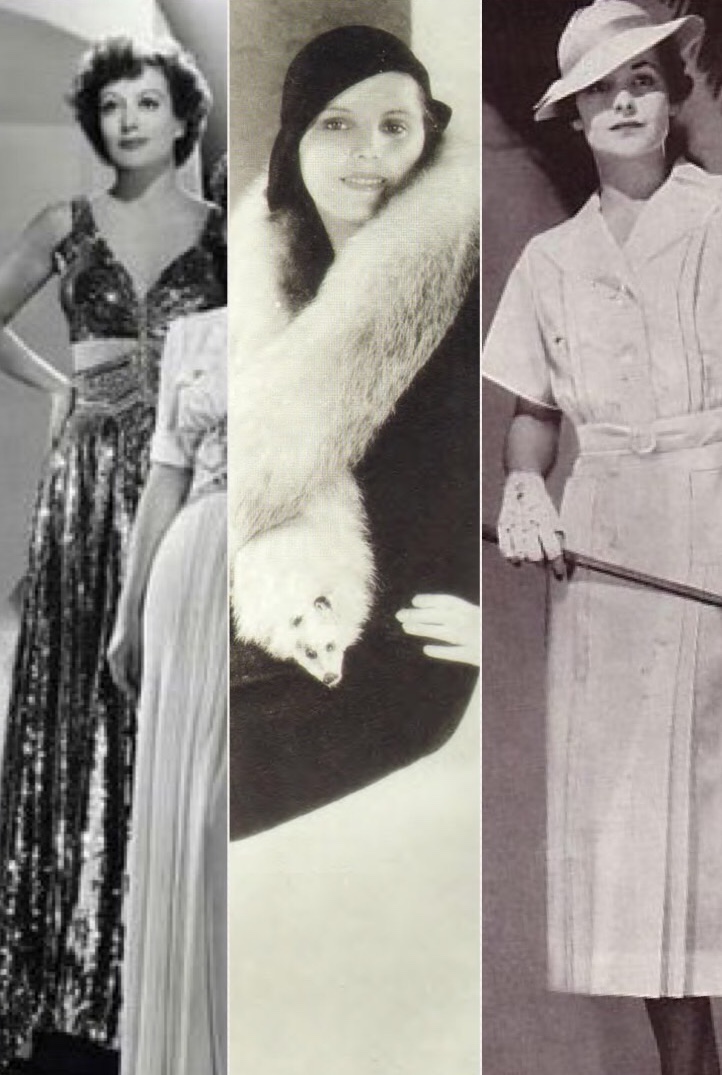 If you want to thank the time period that popularized the shoulder pad, look no further. The hourglass shape took over the 1930s, and all clothes were tailored to fake that body shape if you were not blessed with one that exemplified the fad. Shoulder pads made broad shoulders stand out along small waistlines, and dresses hit mid-calf, filling out the “bottom” of the hourglass.

Though the great depression had left the majority of families in the United States with nothing, that did not stop women from slinging a lux fur over their shoulder and putting on their suede gloves. The trends in this decade were every bit as glamorous as the one before it, and the looks created in this decade define the old school Hollywood look we idolize today. 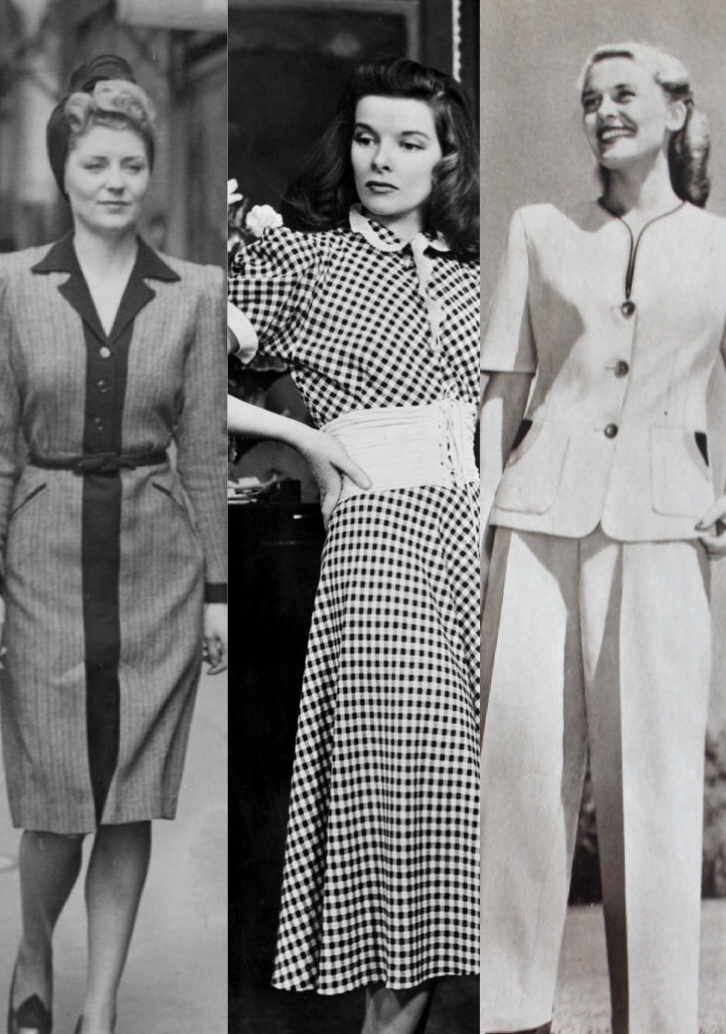 The 1940s is the perfect example of how fashion mimics the environment from which it originates. Once WWII began, all material goods, including fabric, were rationed, thus leading to another drastic raise in dress hemlines. Enter: The minidress. This new style, as well as the shoulder pads that were still alive and well from the 30’s would be rendered irrelevant after the post-war creations of Christian Dior and his “New Look” in 1947. The war was over, and it seemed as though everyone forgot the charming effect of a full, billowing skirt, except Christian Dior. Record breaking numbers of women entered the workforce in the early 40’s to maintain production rates while their husbands were at war, but once women began to return to their pre-war posts, their feminine style also made a comeback. The clothes became less about utility and practicality, utilizing much more fabric than in previous years and incorporating ditsy floral patterns and softer shoulders. The total turnaround in styles were a true testament to adaptability and resilience of American citizens during their war efforts. 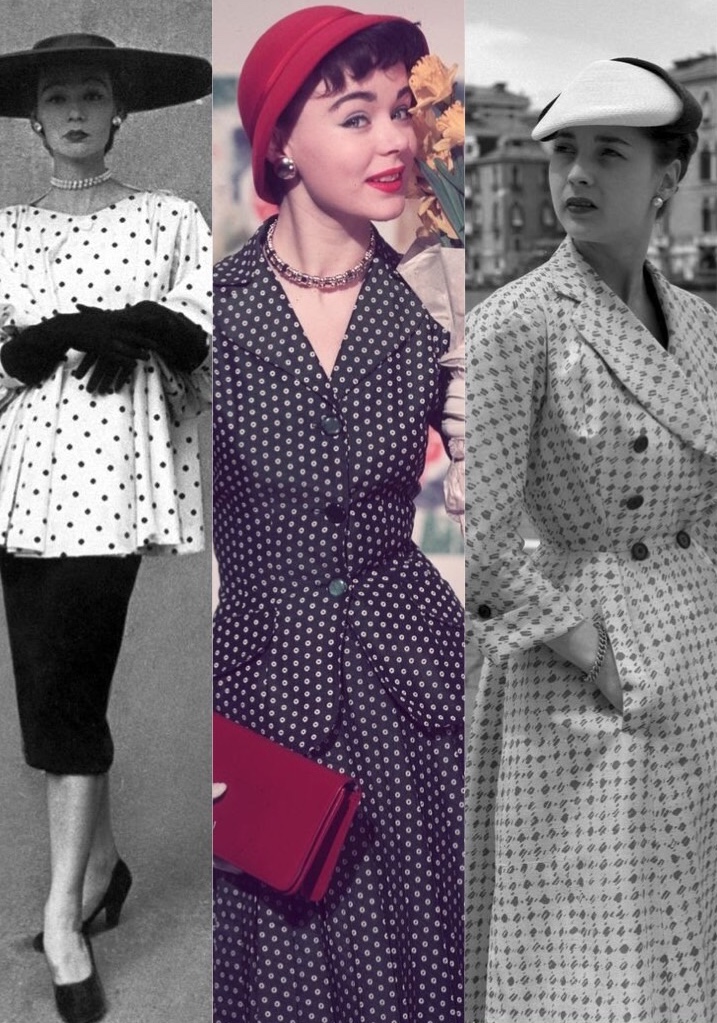 Though Dior’s new look came to be in ‘47, the full skirts did not end there. Yes some of them were adorned with images of poodles, but there are much more important styles to be coined in this ten year period. The real focus was on the shape of the skirt itself. Full silhouettes that took up more fabric than any of their predecessors in the last decade became the norm. This was not to be worn alone, the elegant women of the fifties topped off this polished look with pair of white gloves, and either a hat or a silk scarf. Sophistication classified all of the 1950s. 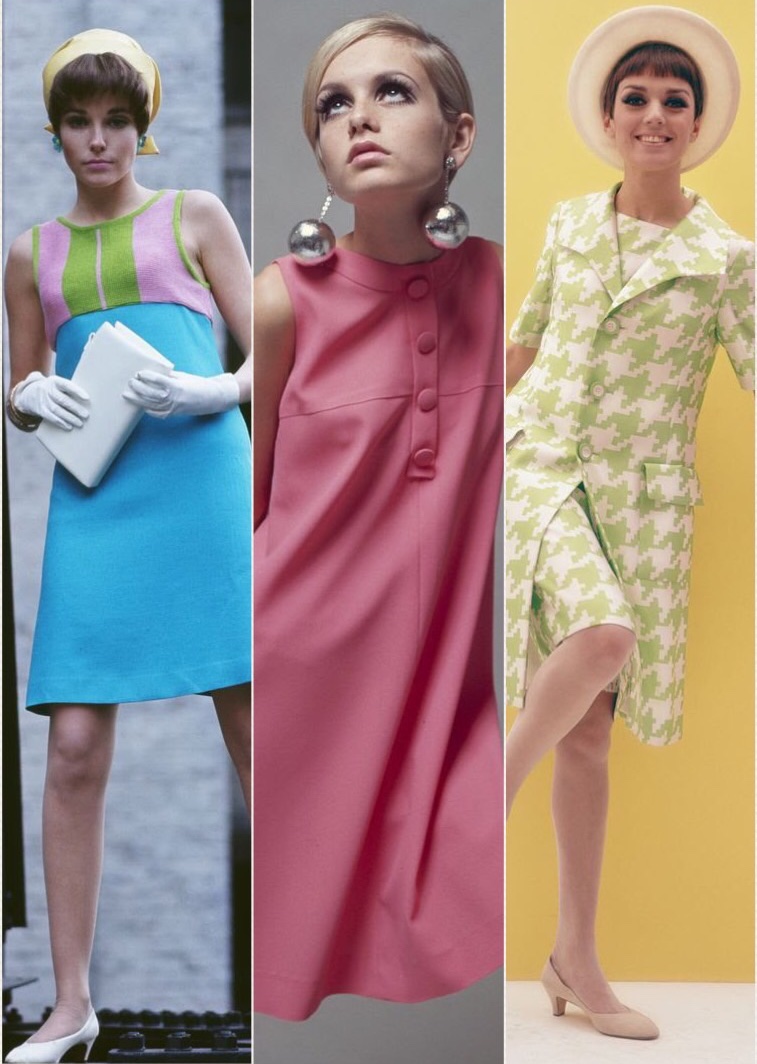 The 60s are widely recognized as the era that shuffled in ultra-mod styles and ~drumroll please~ the mini skirt. In my opinion part of the reason these styles stayed in circulation was because they were ushered in by none other than Twiggy. The iconic over-teased hair and unorthodox geometric eyeliner designs, paired perfectly with the bold colors and patterns that came printed on the shift dresses she wore. Let’s face it, there isn’t anyone who hasn’t added one of these trends to their arsenal in 2018. 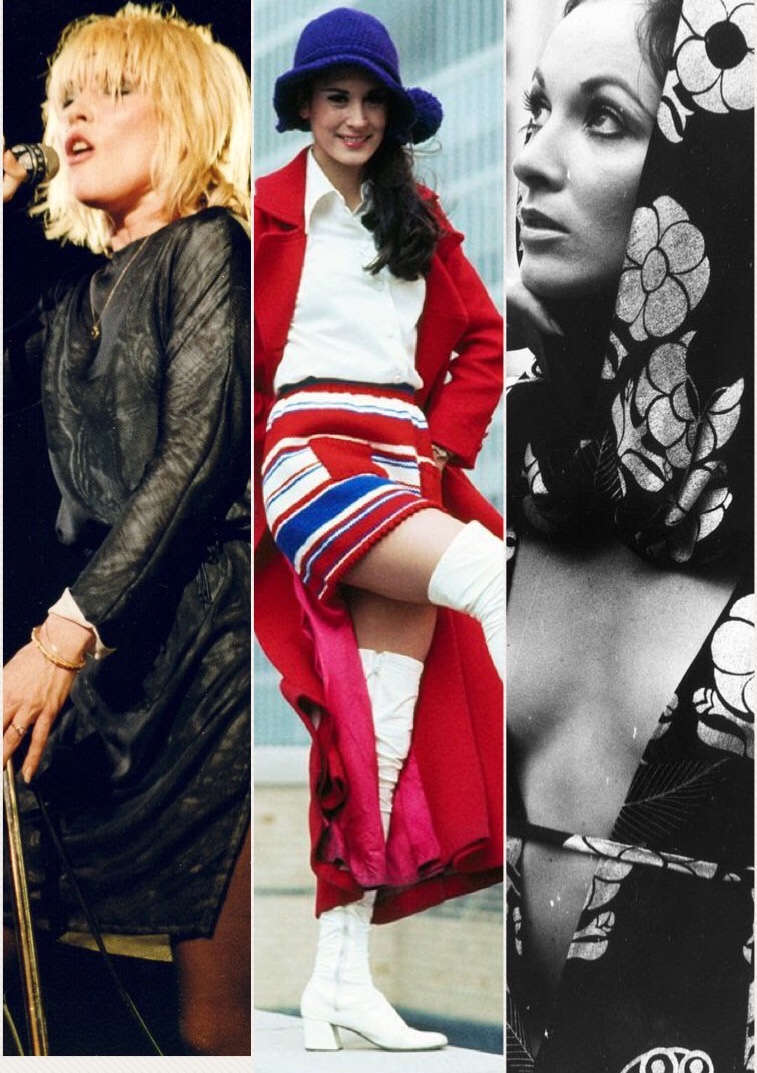 The 1970s: The decade ruled by Farrah Fawcett, Diana Ross, Bianca Jagger, and Debbie Harry. The satin slip dress, denim dress, and pant suit made their way into every modern woman’s wardrobe. These pieces were typically accessorized with neck scarfs, a parisian staple that many millenials have since picked up on, as well as woven basket bags and over the knee boots. More recently basket bags have become a spring accessory, but the 70s used the basket as a year round staple. 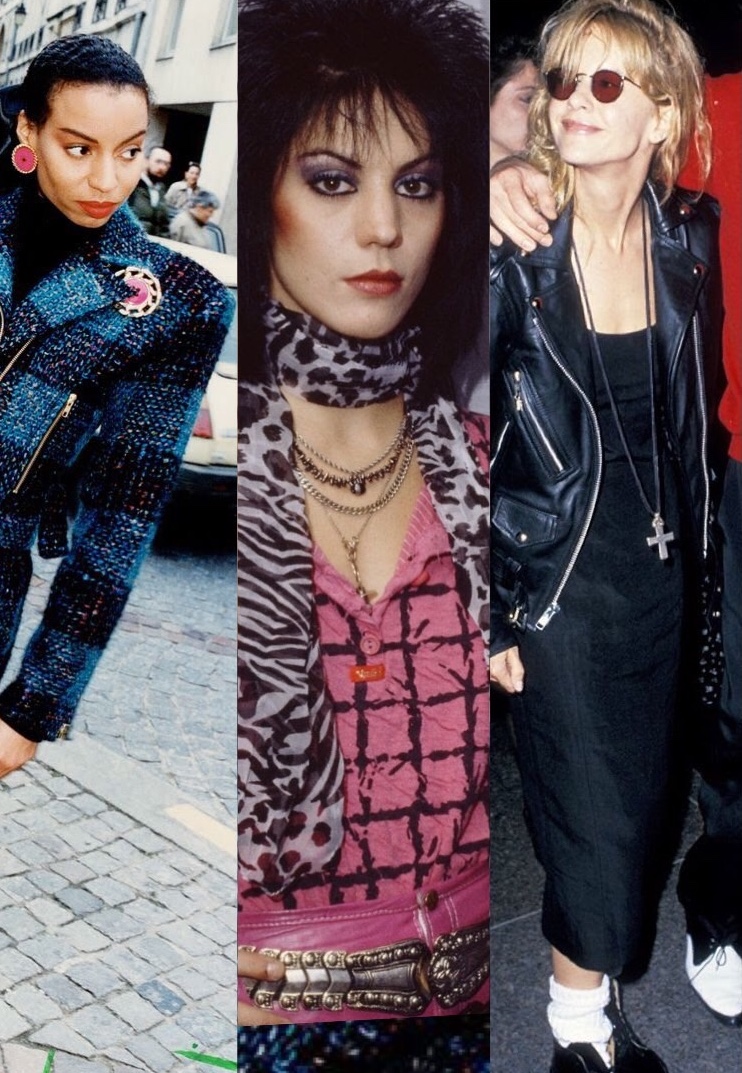 This time period speaks to me for a number of reasons. While I am a New Yorker, I don’t wear the classic all black uniform that comes with that description. The 80s were about bold colors, graphic tees, corset belts, and exposed socks. The decade was bold in every sense of the word; boxy silhouette paired with statement accessories made for outrageous looks in combination with voluminous hair and glasses. Today it is not uncommon for people to pick up a pair of fake glasses to make a fashion statement, and now more than ever bulky socks are playing a more intricate role in an ensemble. 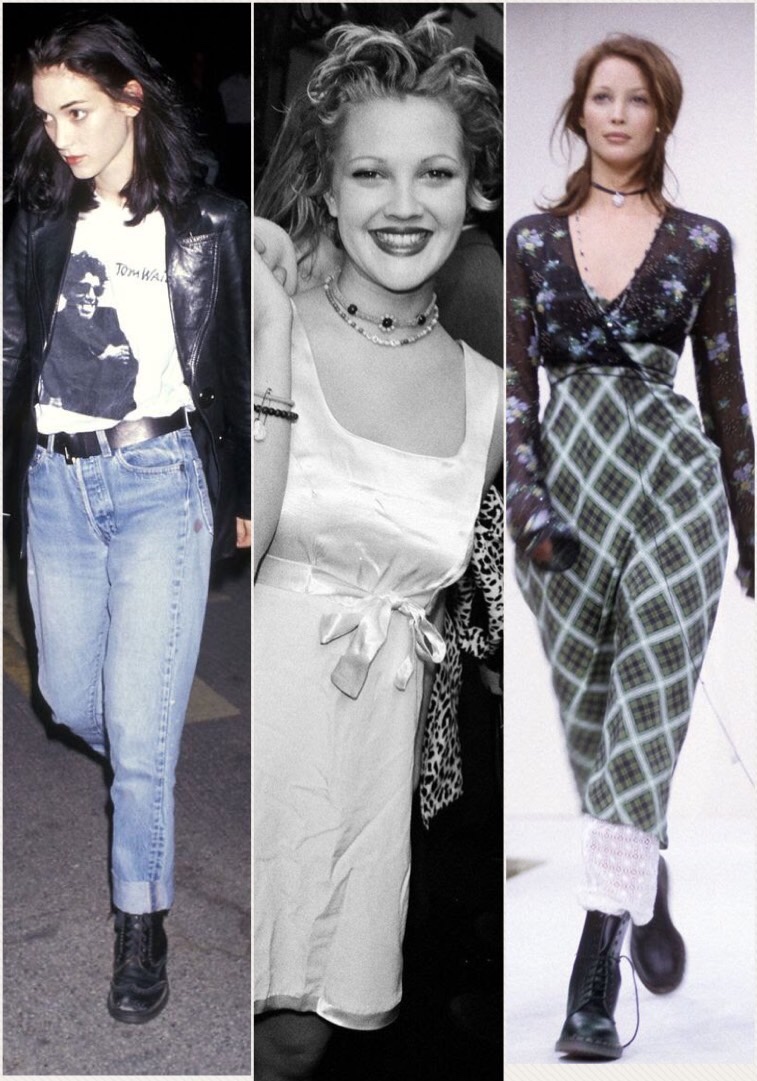 The age of grunge is upon us. Picture this: you walk into CBGB’s wearing your black patent leather Doc Martens, a flannel shirt, your favorite band tee, and choker necklaces. The alternative? A well tailored pant suit and a pair of clean white sneakers. These two looks are polar opposites that complement each other well, and have stood the test of time. Today, the white Nike Pro sneaker and blazer still go hand in hand, and band tees are sold at the most high end boutiques. 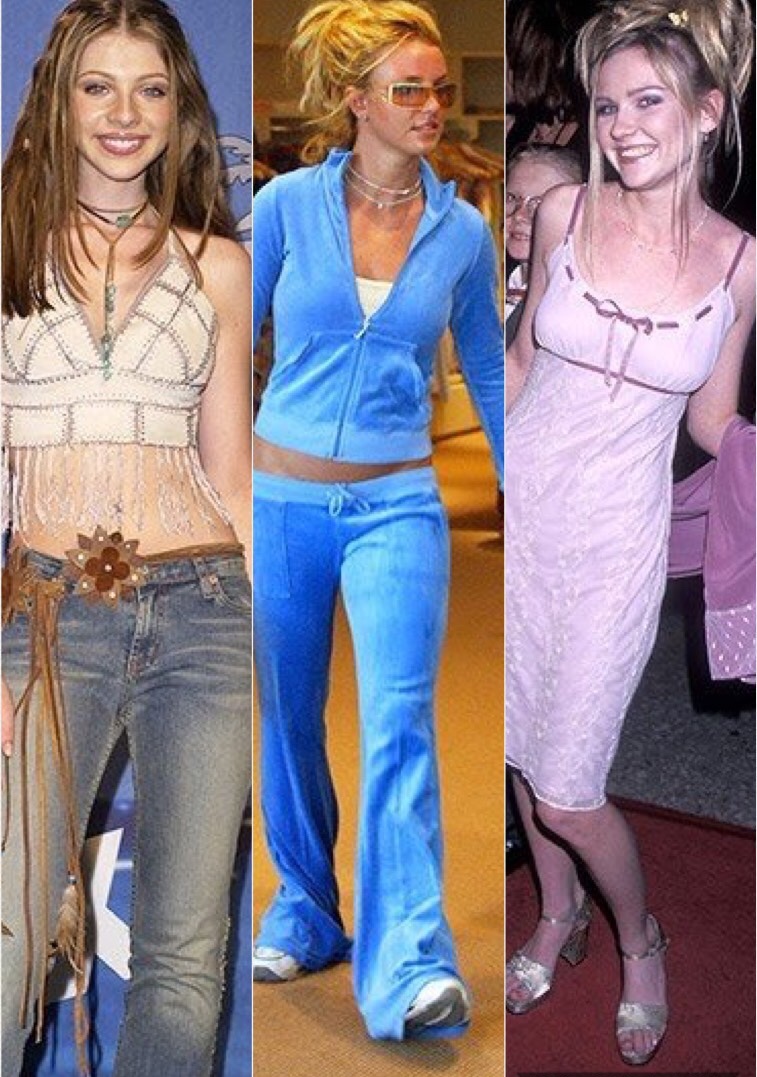 Paris Hilton. Need I say more? The early 2000s entertained a variety of trends that include tracksuits, low-rise jeans and tube tops. Though the high waisted jean reigns supreme in 2018, Juicy Couture tracksuits have made a recent return, and tube tops make a comeback from time to time, but often with cutouts and fun patterns. Fashion became more comfortable than ever in this time period, and trending pieces were simple additions to ones closet.